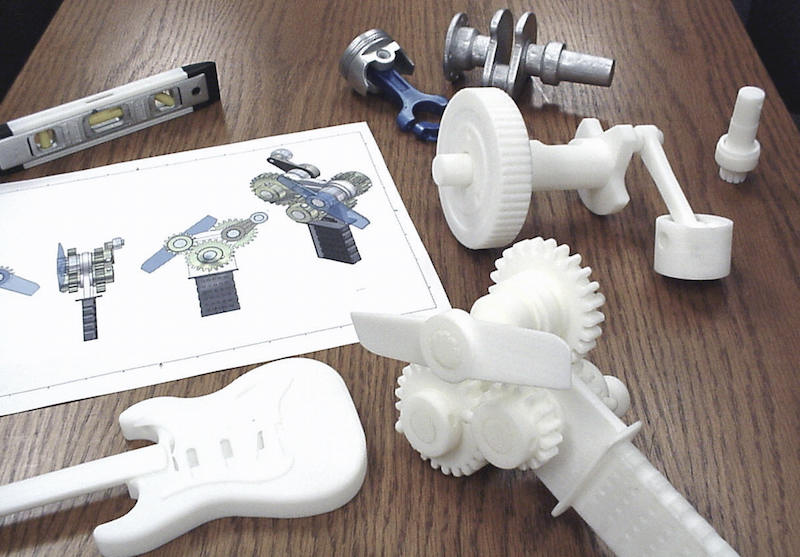 Although 3D printing has been drawing new territory in areas from medicine to fashion, the rather obvious benefits of 3D printing in marketing are often overlooked. 3D printers may have been considered a novelty two years ago, but the technology is becoming increasingly prominent not just in manufacturing but also as a marketing tool for brands.

Even if 3D printing is mainly about physical creation, it doesn’t mean it can’t be used for digital marketing. It is the perfect way to bridge the gap between the digital world and the physical world. With the advent of 3D printing, the marketing message can now be felt, held and used: it becomes tangible. By placing a branded item in the hands of their customers, companies and brands open up to new types of real-life interaction opportunities.

On the other hand, with transparency and co-creation on the rise, brands should start switching from mass-production to mass-customization. Companies must turn to new technologies to connect with consumers through joint storytelling, enabling them to co-create and put their own touch on a product, making it more personalized.

Some tech-savvy brands have already begun using 3D printing in their digital marketing campaigns in some fun and entertaining ways:

Coca-Cola: Print your Mini Me

Volkswagen Polo turned consumers into car designers by inviting them to take control, via a website, of the automaker’s 3D printer to design their own versions of their car. Forty of the most creative ideas were 3D printed and exhibited and the big winner was turned into a real-life Polo.

Oreo, along with a couple of design companies, built a custom 3D printer that can customize frosting designs onto already baked Oreo cookies. The machine was printing cookies based on Twitter trends live at SXSW.

According to Deloitte 2015 Technology, Media & Telecommunications Predictions for the Middle East, the region represents a small fraction of the global 3D printing market. However, the Middle East is expected to follow the global growth trend with an expected increase of almost 60% per year in 3D printer units.

There are already some interesting examples of 3D printing services targeted at consumers:
– Iris 3D Solutions offering a range of niche applications including full body and face 3D scanning, and turning 2D photographs of places, people and things into 3D
– Precise Concepts, a kiosk established in three malls in Dubai that offers a service called This Is Me, selling 3D scanned and 3D printed copies of oneself.

Companies and brands in the region can already innovate by:

– Using 3D scanning to differentiate their retail experience from others, offering virtual fitting rooms which allow the customer to generate a 3D scan of themselves and see how the clothes they like will fit them. This is already possible though technologies like Microsoft Kinect.

– Setting up a 3D photo booth as a service to get footfall: Many marketers have included 2D photo booths into their communication campaigns and marketing activations, whether it is for the opening of a new restaurant or an event for the launch of a new product, because they attract crowds. 3D printers can now be used instead of the traditional 2D photo booth.

– Marketing 3D figurines as part of a redemption or incentive to engage with the consumers’ part of a global marketing campaign.

In other words, the technology is here and opportunities are not missing. It’s time to see how brands in the region will be able to use it wisely part of the marketing efforts.

Video viewing habits in MENA: Second and third screens as an extension of the viewing experience