Video viewing habits in MENA: Second and third screens as an extension of the viewing experience 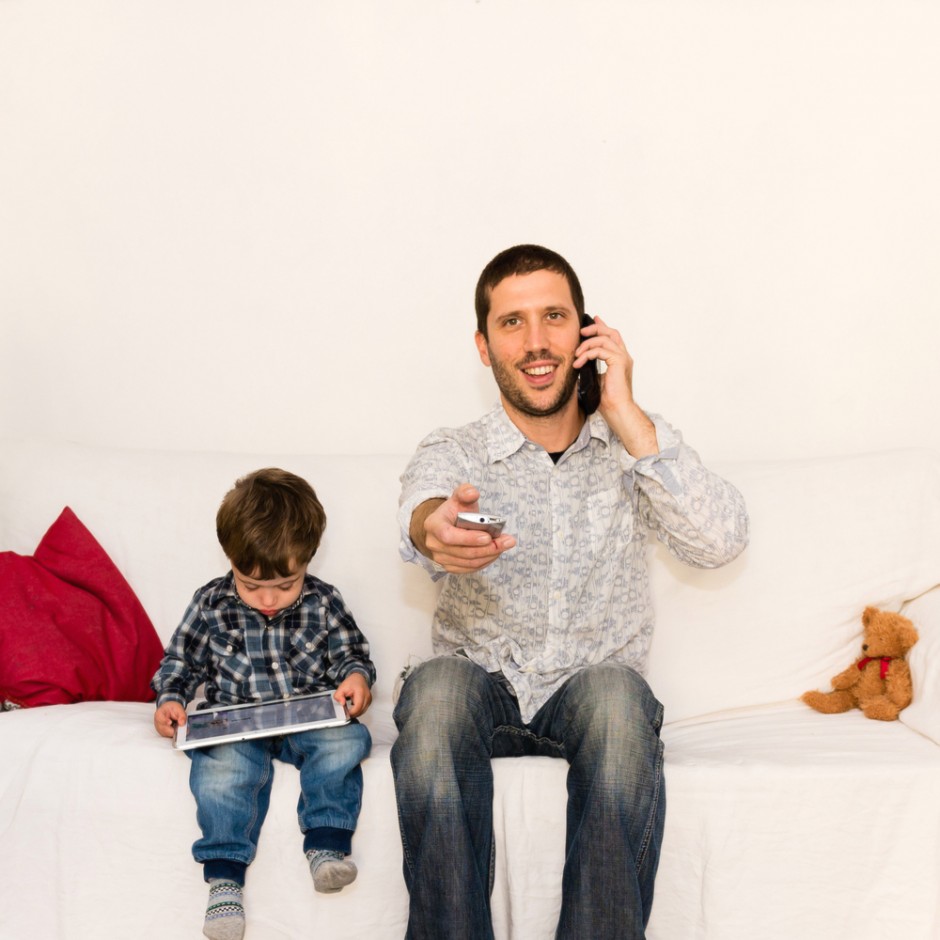 While the explosion of devices and platforms has given us more access to content and brands than ever before, video programming remains a strong influence in our lives. According to a survey done by Nielsen which results are compiled in the “Screen Wars: The battle for eye space in a TV-everywhere world” report, more than half of global respondents (55%) say video programs are an important part of their lives. The way audiences watch video, however, is shifting. 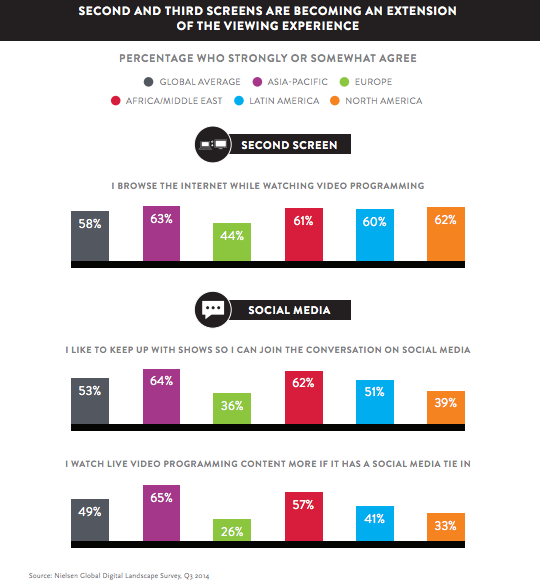 Below are 5 important things brands should do to keep viewers engaged on the second screen:

3/ Gamifying TV ads: A good way to incentivize viewers to not only keep watching ads but more actively engage with them is by adding second-screen gaming elements that are either fun for their own sake or tied into contests and sweepstakes.

4/ Bridging a TV campaign with extra digital content: Instead of simply asking interested or intrigued viewers to visit a microsite or Facebook page after seeing a TV commercial, marketers can use second-screen apps like Shazam to quickly link consumers with a campaign’s online elements and provide simple ways to share their enthusiasm via social media.

5/ Giving sports fans a game of their own: When it comes to sports, fans are especially interested in supplemental information and a group-viewing experience. A good idea for a brand would be to create a online space where people could play against each other, predict game action in real time, etc..

Online Shopping in the Middle East: Statistics, trends and behaviors