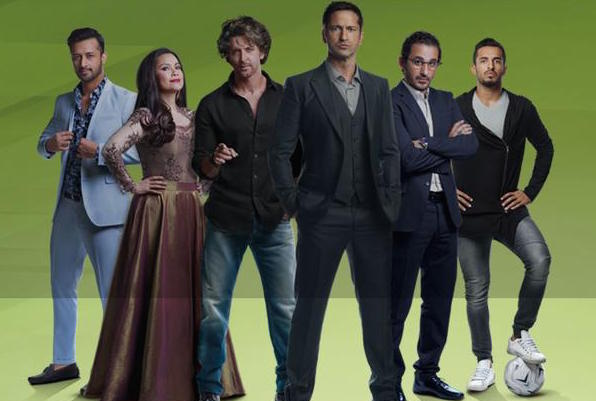 I think everyone by now has heard about what happened with the #EtisalatChallenge campaign and how the hashtag actually backfired creating a negative buzz within the online community especially on Twitter. Basically, for those who haven’t, what you need to know is that Etisalat launched a global marketing campaign using top worldwide celebrities as well as local influencers, stating that they challenge any customer to find an offer they can’t match or beat using the hashtag #EtisalatChallenge.

Many brands have found themselves in this type of tricky situation in the past where they have realized they can never fully control what happens on the Internet. Whether it comes as a surprise or not, bad reviews and negative comments always happen. But what is really important and vital for a company is to know how to handle this bad buzz and always be prepared in case it escalates into something bigger. Although it may seem like this is the worst situation for a brand, it can also be the perfect opportunity to show great customer service and turn bad customers relationships into good ones.

Below are 4 important things every brand should keep in mind before launching a campaign:

A simple research on Twitter around #EtisalatChallenge shows us that a huge number of Etisalat customers were unhappy with the services provided by the telecom operator and most of all they were very unsatisfied with the way Etisalat handles customer service and issues solving.
Before launching a campaign that involves promoting a service, a brand needs to make sure that most of the existing customers are already satisfied with the existing offers and services. Listening to existing social media conversations through a structured monitoring program during the preparation of the campaign can provide enough insights around how the community could react to a certain type of messaging from a brand.

Etisalat internet not working at my parent’s house. Their solution? Buy and install new router. #EtisalatChallenge

2/ Test the concept of your campaign with a panel of social media users I don’t know who is the agency behind the campaign, and I’m not saying they’re bad, but there was clearly a lack of coordination between the teams handling digital and social media and the ones handling traditional media. The creative concept of the campaign is all about directly addressing the audience through a simple message: “We challenge you to find a mobile tariff in the UAE that Etisalat can’t match or beat” What about the rest of the conversation? How can customers reply to Etisalat by saying “I have found an offer that I would like you to match”? Where is the interaction between the brand and the consumers supposed to happen? Clearly not on social media since Etisalat decided not to respond to any of the tweets that contained the #EtisalatChallenge hashtag. Why wasn’t there a microsite dedicated to the campaign or a simple section on Etisalat website in which people would be able to interact with the company directly. There are other benefits to social media than the ones used to create visibility for a marketing campaign. One of the most important is being able to rapidly connect with an audience to pre-test a campaign before it is launched. Having a panel of social media users organized per interest can be very helpful in this kind of situation to test their reaction to a new offer or a campaign and adapt the messaging accordingly.

Hey #UAE mobile users – who’s taking up the #EtisalatChallenge with @etisalat? Who has scored a better deal? Tell me about it.

Ok Etisalat… So I do have an offer that I would like u to match.. Where do I go? What do I do? #EtisalatChallenge

3/ The choice of influencers: working with A-list celebrities is not always the best option

Using influencers in a global marketing campaign should aim at having them endorse them campaign to give it more credibility in the eyes of the consumers. Instead of focusing on the audience as main criteria in the choice of the influencers part of the campaign, Etisalat should have focused on building the advocacy of their customers first. No one is going to believe Gerard Butler saying that he is challenging us to find a better offer, however, having a bunch a real customers saying that they are more than happy with their offer from Etisalat would have had much more impact and would have cost way less. Brand advocates are sometimes much more efficient than influencers because they have more depth, they speak out of passion and conviction based on a real experience and they connect with the audience emotionally.

The most random thing about the #EtisalatChallenge is when Gerard Butler comes up at the end of the ad saying “and aayye, cheellenge yee” — Basel Anabtawi (@BaselAnabtawi) May 9, 2015

In the case of Etisalat, there was clearly no preparation regarding the possibility of having a negative buzz around the campaign. The 2 big “faux-pas” were to try to create positive word of mouth through a bunch of robots on Twitter all broadcasting the same message and to ask online media outlets such as Arabian Business, Gulf Business News and The National to remove negative articles they have posted about the campaign.

The most important things for a company when it comes to managing a bad buzz is to appear transparent and committed to solving the issue by posting positively about it and most of the time via an official online statement which They chose not to do.

So @etisalat got a bunch of bots. Isn’t that the exact same spam that they reported to @twitter? #EtisalatChallenge pic.twitter.com/EhgOJpNOaW

Oh! @arabianbusiness has taken down its #EtisalatChallenge story? I can only assume it was itself challenged in some way… 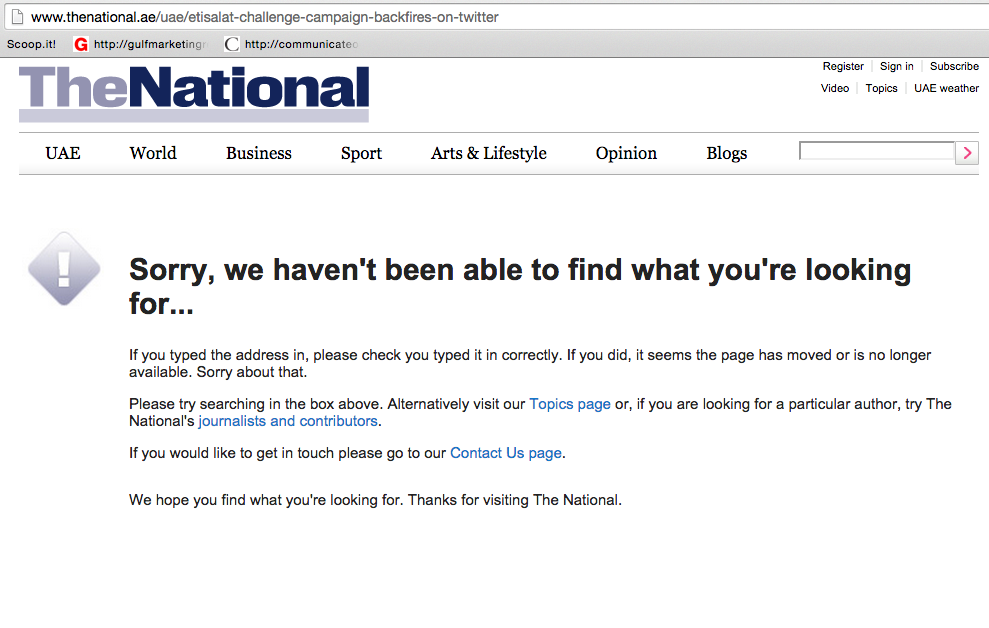 However, reading the recent press articles from the last day about Etisalat speed downloads being faster than Du’s leads us to believe that they have found a god way to create good press after the #EtisalatChallenge crisis. What will be the different reactions in the online community?

Online Shopping in the Middle East: Statistics, trends and behaviors

4 beauty Youtubers from the Middle East to watch in 2015